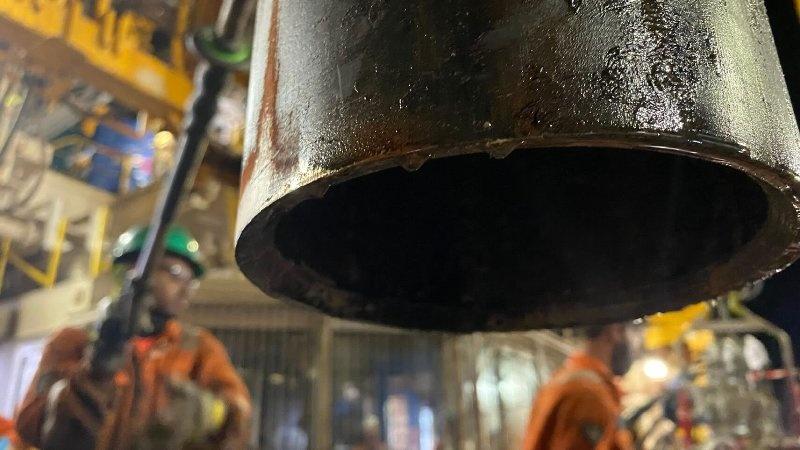 To help TotalEnergies – an oil and gas company – with a deepwater plug and abandonment (P&A) challenge offshore in the Brazilian pre-salt, Welltec, an international provider of robotic well solutions for the oil and gas industry, designed and manufactured a unique solution utilising a 414 Well Cutter equipped with a new Tiger Claw cutting element.

The well had been designed without a completion disconnect device, adding difficulty to the overall series and increasing the timeframe, if additional intervention and fishing was required.

To maintain optimal efficiency, a tool capable of cutting beyond the outer diameter of the 6 5/8 inches super 13Cr tubing and through the control line flatpack (with two Incoloy tubes) would be required. Furthermore, it was crucial that this be achieved in a single run.

P&A is a necessary operation at the end of a well’s productive years. Efficiency is vital during preparation and execution phases in order for operators to minimise costs, especially given the asset will be decommissioned and no longer producing.

Prior to the operation, multiple tests were carried out at the headquarters and subsequently at a local base in Brazil. These were done to ensure that a clean cut could be achieved all the way through to the flatpack in scenarios involving different cutting locations, in consideration of margins of error, as well as levels of slack or tension on the flatpack which would affect the cut.

Test cut locations included just below the clamp (15 cm), within the tubing connection (to see if the additional material could be cut), and in the middle of two clamps where it was anticipated the control line may be too slack.

Despite successful test cuts just below the clamp, and within the tubing connection, the client opted for a middle of the tubing cut. A 414 Well Cutter was run in hole with specially designed Tiger Claw cutting element and activated six meters below the clamp.

As an additional precaution, a physical limitation was implemented to restrict the cutting range of the Tiger Claw to 8.2 inches, therefore de-risking the operation in terms of the 8.5 inches outer casing being compromised. The angled cutting arms were able to cut through the tubing and control line flatpack as predicted.

After pulling out of hole, the operator was able to pull the completion, seeing the control line flatpack shear six meters below the clamp. As a result of this operation, TotalEnergies was able to save time with tubing retrieval, avoiding the delays that would have followed a cut to only the tubing.

The newly designed Tiger Claw cutting element provided an increased cutting range in comparison to its predecessors, guaranteeing a continuation of cutting beyond the outer diameter of the tubing, and through the control line flatpack.