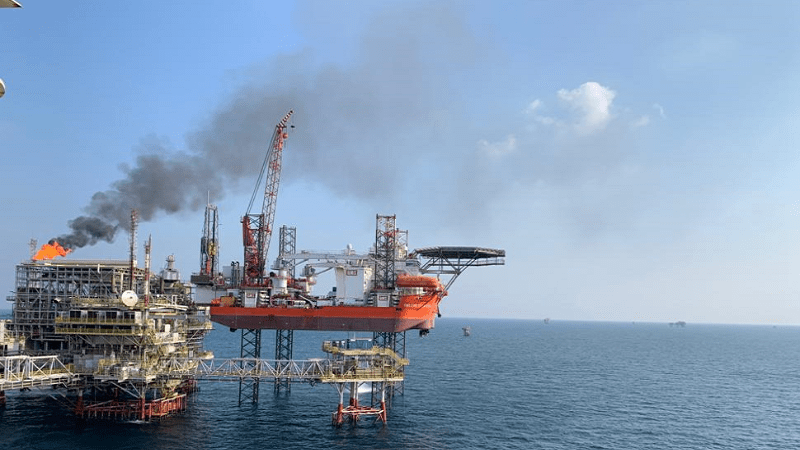 In the Middle East, attention is firmly fixed on increasing production. While the energy transition has threatened to shake confidence, key players have reaffirmed their faith in the oil and gas market in the years ahead by looking to increase production – Saudi Arabia’s Aramco has signalled its intention to increase oil production to 13mn bpd (up from 12mn bpd) and ADNOC is aiming to boost capacity to 5mn bpd (up from 4mn bpd).

Within the region, Whyte explained, one of the most favoured ways of increasing production is to workover existing wells using the likes of jack-up barges to re-stimulate wells in shallow waters. It is for this reason that of the 12 barges GMS currently has in the Middle East, around half are presently engaged in some form of well service operations (there is another barge in the North Sea working in renewables).

“Covid-19 dramatically delayed a lot of contracts of course but, subsequently, these have been reactivated. Now it is in overdrive, driven by these production targets and allied to the large population of existing shallow water platforms; the simplest and most efficient ways to reach these is by using jack-up barges. While we are not downhole engineering experts, we are the medium to carry out these operations and currently have high utilisation levels due to the production boom,” Whyte said.

Standing apart in GMS’ fleet is the Evolution self-propelled, self-elevating well intervention barge which was commissioned back in 2017. Fitted on board is the bespoke cantilever workover system, delivered in collaboration with Norwegian-based Dwellop.

This unit skids hydraulically from the main deck of the barge out of the back end for the best part of 50 ft; has a light weight drilling derrick that comes complete with top drive system; and has a high level of automation such as a pipe handling system that will pick pipe up off the deck and feed into the top drive before running in hole. There is also an automated iron roughneck on board and everything is run from a driller’s cabin on the side of the unit so that pipe can be tripped in and out of the well at significant speeds (up to 1,000 ft an hour). Below the deck is also a full Mud System with everything normally associated with a drilling rig; enhancing the vessel’s capacity.

Whyte remarked, “In a sense it is very similar to a jack-up rig but it is a hell of a lot lighter and thus can skid out over a platform much faster (typically only 30 minutes). There is some transverse movement which means we can also skid left to right in order to workover adjacent wells without having to necessarily move the barge itself. When we do have to skid back, rig down and move elsewhere, we can typically do so and be ready to work at another location within 24 hours. This is significantly faster than a jack-up rig for example which can take the best part of two to three days and even more if the weather is poor. Not to mention the fact no tug-boats are required to get it to the next location due largely to our clients comfort operating Evolution in DP-2 mode when approaching platforms. As a result, the Evolution can workover up to three or four times as many wells per year compared to a typical non-propelled drilling jack-up in any given field.”

“We are trying to bring down the costs of all brownfield workover operations and the Evolution offers flexibility and cost saving due largely to the superior marine efficiencies.”

The Evolution was purpose built for P&A and workover scopes but can also perform some drilling operations. Whyte noted that it is really only limited by the amount of tubular piping that can be carried on deck (and a few others such as top drive torque capability and hook load) and the 200t crane on board means it even has the ability to remove small jackets although that has not been done to date.

In once case study provided by GMS, the Evolution was contracted by an Arabian Gulf NOC for a well intervention scope covering various operations. The barge jacked up alongside a similar vessel to transfer well services equipment (which was moved across and commissioned in a record two days) before sailing to the platform tower, jacking up and deploying the cantilever system. The unit was ready to commence operations with three hours (saving 90% rig time) and rig up of well services equipment was completed in 31 hours (achieving 15% time saving). Following this, rig down of well services and preparation for the barge to move was completed in just 14 hours. 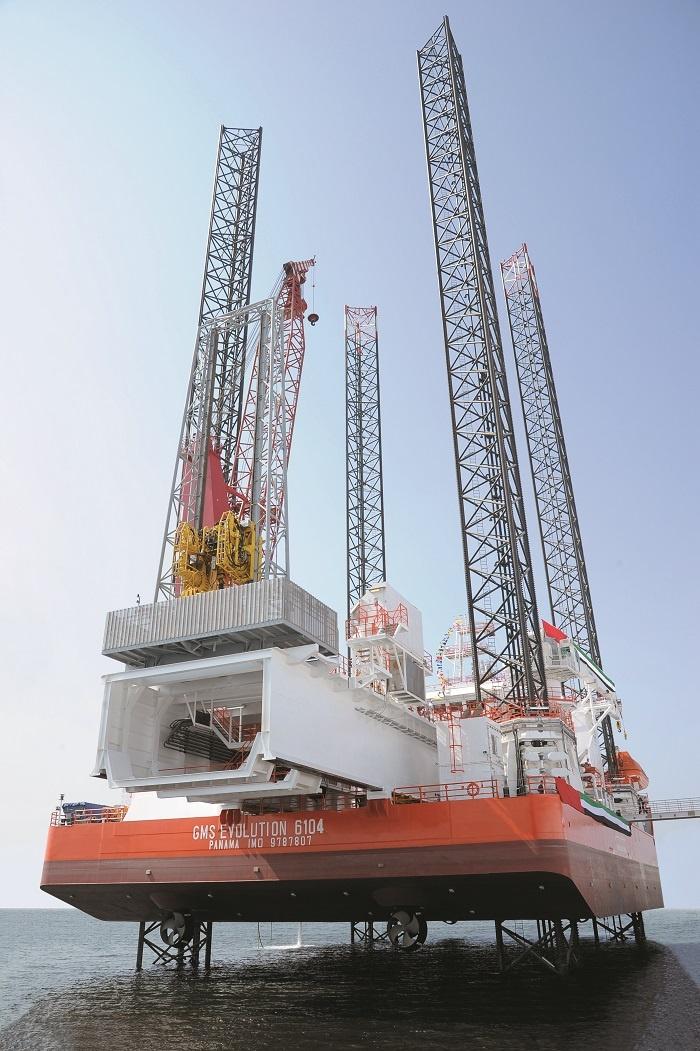 Currently the Evolution is performing legacy work for Qatar Energy (QE) on a field which was previously operated by Occidental Petroleum for around 25 years. The former owners used a more traditional method of workover which QE continued until GMS suggested that the Evolution would be more efficient. In the 18 months since then, the Evolution has been proving its worth and this is without even reaching its full potential.

“In truth we are not even at the stage where we are using Evolution at 100% of her capability but we are certainly working towards that. As it gets more tried and tested and both the crew and client gains confidence, we will be more prepared to tackle more difficult workovers and remediation projects. But it is fair to say that, so far, it is going well and QE appreciate the marine efficiencies being achieved,” Whyte noted.

Pushing, the Evolution to greater heights is just one of the targets on the horizon for GMS, Whyte continued. The company has recently taken a big step in its digital journey by signing a contract to install an enterprise resource planning system which will provide the company with an interconnected system across its operations, giving it the ability to upgrade internal procedures; integrate vessel operations, maintenance, procurement and inventory control, alongside crew and payroll management; and centralise data for better visibility. Whyte surmised that while it will not be fully up and running for a couple of months yet, the company has already started to feel the benefits (most notably in the real-time communication between offshore and onshore) which is a promising sign for the digital road ahead.

Another exciting development is through the delivery of a lighter cantilever system which the company is looking to push across the line for commercial use. This is, as it says on the tin, a lighter version of the system which can be used for all well services which do not require tubing to be pulled from the well.

Whyte said, “It can skid out just as far and can be retrofitted to existing vessels. There is a lot of interest from NOCs for this and we are looking for more opportunities for the cantilever system and its lighter cousin. As the rig rates continue to rise and move away from barges, we think our offerings will become increasingly more attractive to operators for both heavier and lighter workover operations.”

Finally, Whyte concluded by noting that the company is keeping an eye on other regions for which its fleet could be deployed with regard to well service and workover operations.

“West Africa is finally waking up to well servicededicated barges; in the North Sea there is some increased activity in terms of P&A; and there is interest from regions such as Asia and Australia to bring in some of our barges. The Evolution is capable of operating anywhere with water depth of around 70m and has proved herself in other regions such as the North Sea before,” Whyte continued.

“We put no barriers on where we work as long as the economics work out. That being said, such is the boom and demand here that, at the moment, we are very focused in the Middle East region. The Evolution itself has been working in Qatar for the last two years and fingers crossed we expect her to continue there for some time.”

GMS will be speaking further on this at OWI ME 2022 on the 28-29 March 2022 in Dubai, UAE. Register here or reach out to Rachael Brand on the details below for more information:

e: This email address is being protected from spambots. You need JavaScript enabled to view it.