‘Eat your vegetables’; digitalisation and partnerships discussed at UDT EU 2021 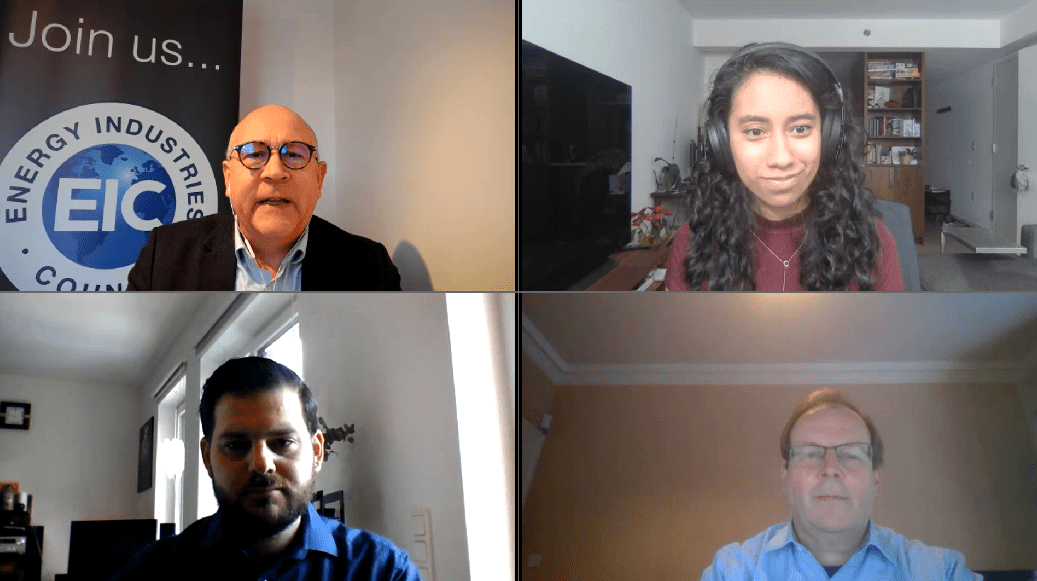 On the last day of the Upstream Digital Transformation Conference (UDT) EU 2021, Stuart Broadley, CEO of the IEC, outlined that as a result of one of the most tumultuous years in living memory, combined with the growing pressure to decarbonise, there is a plethora of unanswered questions surrounding the energy industry, most especially focused on the need to digitalise and form partnerships to do so.

The need for partnerships

Focusing on the North Sea, Stephen Ashley, Digital Solutions Centre Manager at
OGTC, discussed his company’s dream to eliminate emissions from existing facilities and unleash the full potential an integrated energy system could yield. He commented, “Partnerships are absolutely key to transforming the North Sea for this. The last few months companies have set out net zero strategies, regulators have set out visions – the scene is set but we need action. We need rapid and focused investment to close some technology gaps that exist, such as how to develop a fully offshore power grid or around the production and use of blue and green hydrogen. The key thing is that no single company can do it alone. Partnerships will be required to deliver on these technology challenges.”

Stephanie Díaz, Digital Industry Analyst at BloombergNEF, suggested she had noticed some positive signs from the sector, she said, “We have seen the oil industry move toward digitalisation to reduce costs, extend the lifetime of assets and reduce uncertainty. The sector as a whole has loads of data particularly in exploration just from seismic surveys. The challenge that remains is using this, whether for data management, integration across upstream workflows or advanced analytics. As companies have tried to grapple with this they have moved more towards partnerships than collaborations on the assumption that no one wants to solve the same problem five times.”

However Díaz noted that it can be difficult for IOCs to take the plunge and commit to digitalisation and partnerships as, while this can clearly enhance workflows, it is not necessarily directly revenue generating. Díaz added, “We are still in the early stages of figuring out how the oil energy industry incentivises itself to partner on some of less exciting but very necessary stuff; data management is one of those ‘eat your vegetables’ types of initiatives - you have to do it. Some of that might mean working more with start ups or technology firms who have more experience in this. We have seen, for example, some companies partner with theBlueai, a start-up specifically for developing a file system for seismic data so that it can be processed faster than the cloud. This is something an oil company could not do by itself as it does not have the technological background but a start up could do it, and oil companies could bring their technical expertise with subsurface data to make sure it is useful. Finding a partner is about identifying your strings and recognising where it makes sense to partner with someone else for the strings that they bring.”

Benjamin Sokolowski, Internal Transformation Specialist at Wintershall Dea, drew attention to the extraordinary potential of the Open Subsurface Data Universe (OSDU), he commented, “The OSDU is essentially an open data storage lake hub where every subsurface data you produce can be put in there, then with machine learning utilisation you can reap the benefit of this data. The future will be on such platforms like this - not just having this an open data platform to give access to partners. There is no need to rebuild the data warehouses that each company owns but its having this externally with a full set of OPIs with a community around it. With this we can provide solutions even if not big part more open sources, this would make a big impact in the future.”

Explaining this further, Ashley said, “Open platforms (such as the OSDU) enable that platform for collaboration to happen and present an opportunity to build an ecosystem around data so multiple companies can solve problems with the same sets of data. A lot of work we do is to answer how to create not only the tech but also the legal controls that get over the philosophical challenge to let go of your own data, as you will often find the immediate industry response is to hold onto your own data.”

Díaz also added, “One of the things that will drive the adoption of big digital platforms is the increased pressure to move to net zero. Companies are moving away from frontier exploration which will mean they will have to rely on data from existing oil fields to determine what more they can get out of existing assets. This will be a drive towards more unified platforms to use across the entire upstream value chain.”

Digitalisation and partnerships in the future

Concluding the session, Broadley invited each participant to envision the sector one year from now and the progress in partnerships and digitalisation that will be made.

Ashley commented, “What we will see is more pressure on majors to demonstrate they are taking action, we are already beginning to see that and it coming to fruition with BP, for example beginning to invest heavily in CCS and wind. I think we will see more partnerships coming to fruition. On data specifically, there are some key areas where people are being psychologically challenged to share data. The regulators have a key role here to support and insist they should be sharing data. Areas where progress might be made is in robotics and autonomous systems in scale, how we do P&A and how can we get this done quickly. Sharing data will be key for these and the tech to support how that data will be pooled also.”

Providing her final thoughts, Díaz, said, “A year from now, I see some of the European IOCs make more progress in terms of tying digitalisation and decarbonisation together. Already we have seen some of this with BP and Shell (separately) announcing deals with Microsoft focusing on tying these two together. BP and Shell will provide renewable energy for Microsoft and Microsoft will supply its cloud analytics to the oil companies. I think we will see more of those types of partnerships. But it remains to be seen how successful they will be.”

Sokolowski finished the session by commenting, “I think one year from now we will be exactly were need to be to kick off decarbonisation from the digital area. But already I have heard many parts of organisations are still anaolog and still rolling with new ways of working. We really have to prepare organisations to really kick off such topics, which is more important than just optimising.”

As Stuart alluded to, a year is not a long time but it feels like there is a lot that will happen, and it will be interesting to see where the industry does end up, especially with COP 26 in November in which many are expecting a global carbon pricing rate to be set. Additionally, while IOCs begin moving into the broader energy sector it does appear they are open for collaboration and partnerships presently, but when they become more established, have a broader knowledge base and have more of the technology in-house this could turn more cut-throat which could result in the partnerships drying up once again.